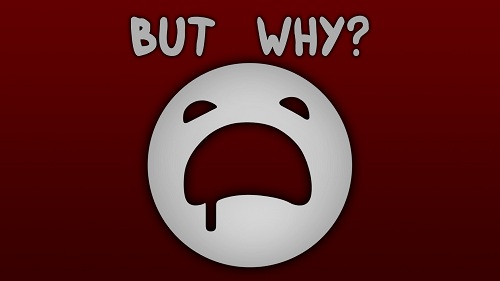 Since I started streaming again, one of the questions I get asked the most is why I ever stopped streaming to begin with. I’m sure everyone has heard me answer how I got busy and had to stop, and how my computer was overheating so I had to take a break from it. Those are all true for certain periods of time during the break, but there is so much more behind the true answer.

The Rise of the Stream

When the stream started, I happened to be in a right place right time scenario.  Twitch had just broken off of Justin.tv and the Team Fortress 2 community was lacking quality streams.  Because of this the stream was able to quickly rise up the ranks to being, at the time, a relatively successful stream.  In a few months it went from having 10-20 views a session to easily getting over 1000 a day.  Everyone was having a grand ole time and things were looking up.

During that time streaming in general was becoming more popular, and specifically in TF2, the community was blowing up where more and more streams were popping up every day.  Soon after streams from popular YouTubers and invite players were started and it was looking like things were going to continue going strong.

Being the dreamer that I am and the early success of the stream, my mind started racing with different possibilities.  We were on the cusp of hitting a pretty big milestone at the time of average over 100 concurrent viewers, hit over 1000 followers and 100,000 views.  The first failures we ran into were in trying to expand to be more then just a TF2 pub stream.  As I got deeper into the competitive scene, my attention to the stream and the amazing viewers we had at the time started to slack off.  I didn’t realize it then, but one of the major reasons I was having the success I did was because of the interaction with the chat.  Once the interaction started slipping, the viewers started to lose interest and go somewhere else.

The big mistake however, was losing sight of why the stream was started and what it was all being done for.  Somewhere along the ling, I started to think less about just relaxing and having fun with all the cool people I had met, and instead started focusing on the numbers.  When the numbers started dipping I started to get frustrated at the situation and instead of keeping to the regular stream schedule, would regularly skip days between streams.  Over time the overall quality of the stream decreased, and eventually streaming became a chore instead of something I was doing for fun.  It was at that point that I took some time to reevaluate what I was doing and put my focus on something else for a while.

The break ended up being a lot longer than I had planned because this silly little thing called life kept popping up in the way.  Here are the other major things that happened to delay the comeback:

So now you all know the full story on why I took a break, and why the break ended up being so long.  It’s all better now though because things have settled down, I finally remembered why I started streaming to begin with, and we are back at it and having a blast.  Got anything else you want to know about, contact me or simply leave a comment here.